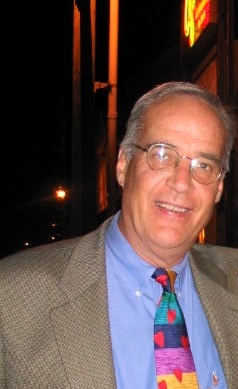 Share on Facebook
Confirmation Grief Tribute Notifications
Iframe toggler
Plan Ahead
Start Now
Send Sympathy Gifts
Buy Now
How Did We Do?
Review Us
Find Us On Facebook
Join Now

Thomas Christian Schrader passed away at home October 2, 2019. Born to Arthur Christian Schrader and June H. Schrader, Tom was an absolutely beloved husband, brother, father, Stepfather, Grandfather, Uncle and dear friend to all who knew him.

After college, he enjoyed a career in real estate, working for FC Tucker Company, and then the A.C. Schrader company, founded by his father. At the time of his passing, Tom was employed by Crown Hill cemetery, and he enjoyed being a comfort to families during their time of loss.

Tom was especially fond of traveling to Florida and the Bahamas. He took extreme pride and pleasure in watching his eight grandsons play sports. He attended every football, baseball, and basketball game that he could, and loved being a part of the CYO family.

He touched many lives with his gifts of kindness, humor companionship and love.

Tom's family greatly appreciates all the outpouring of love, affection and kind words during this difficult time.

Dearest Chris....my deepest love to you. Tom was one of the dearest men I have ever had the joy ❤️ of meeting. Sorry his reunion with his dear parents is at the expense of your loss. Keep your eyes on Jesus. Love and miss you Tom. 🙏

So sorry to hear of Tom's passing...he was the greatest guy! One of the old 84 gang...I knew him from about 10 years old and always a joy to spend time with him. I remember especially his great smile and laugh and one of the easiest going guys I ever knew. I got together with him a few years ago at Christmas and it was great to see him again after so many years. I also sure did appreciate his condolences sent to me after my wife died in July. My thoughts and prayers are with him and his family....God Bless.

Chris, May Christ comfort you in Tom's passing on to glory.

The attached photos are added to the memorial of In Loving Memory of Thomas Christian Schrader to help share their legacy.

Please help memorize In Loving Memory of Thomas Christian Schrader by recording your attendance below.

Thank you for sharing your memory of Thomas "Tom"