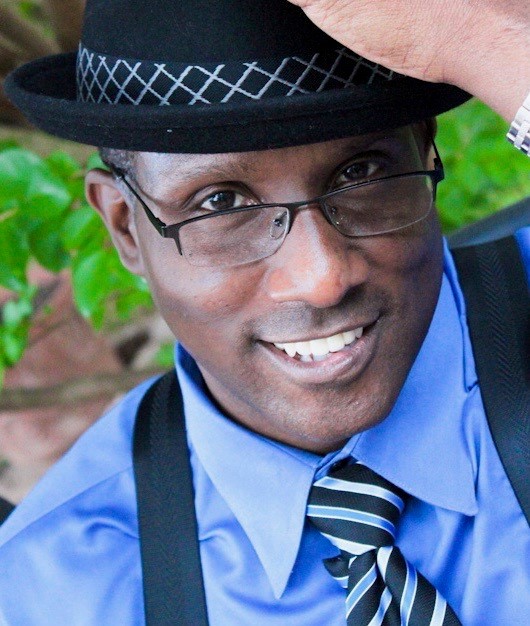 Share on Facebook
Confirmation Grief Tribute Notifications
Iframe toggler
Plan Ahead
Start Now
Send Sympathy Gifts
Buy Now
How Did We Do?
Review Us
Find Us On Facebook
Join Now

Milton Frank Jackson, Jr., 55, a current resident of Suwanee GA and former Indianapolis resident, passed away on September 26, 2019. Visitation will be held this Friday, October 11, 2019 from 5pm-9pm at Crown Hill Funeral Home, Memorial Chapel 700 West 38th Street, Indianapolis. Funeral Service will be held on this Saturday, October 12th at 11:00am at Israel of God's Church (W.H.A.), 2135 Fox Hill Drive, Indianapolis.
Milton was born in Rockford, Illinois on December 10, 1963 from the union of Milton F. Jackson Sr and Freddie Jackson (Hearns) who both preceded him in death.
He was raised in Fairfield, Iowa with his six siblings and attended public schools there. He graduated with high honors from Fairfield High School in 1982 and was an All-American football player. In 1982, he landed a football scholarship to the University of Notre Dame where was a 'stand-out' Wide Receiver. He graduated in 1987 and was recently inducted into the Iowa High School Football Hall of Fame in 2018. Milton is described by his childhood friends as kind, humble, funny, a great athlete, a good student, and liked by everyone.
In 1993, Milton was married to Darla (Jones) of Indianapolis and to this union was blessed with twin sons, Lance and Blake. Milton was a devoted husband and father who provided spiritual guidance to his family and to all who knew him.
Milton worked 24 years at Verizon in Texas and Georgia and was a licensed CPA working in various managerial capacities in the accounting/finance field.
Milton was a strong, meek, humble and God-fearing family man; 'faithful' member and ordained Deacon of the Israel of God's Church. Everyone who knew Milton, could attest to his love for his church and his love for the Lord. His days on earth were filled with Praises unto the Lord.
Leaving to cherish his memory are: his wife Darla (Jones); children, son Lance, son, Blake; Grandmother, Georgia Jackson; sister, Angela (Melvin) Mellerson; brother, Deacon Terrance (Kellye) Jackson; sister, Shelia Jackson; brother, Deacon Timothy (Marion) Jackson; brother, Reverend Anthony (Charae) Jackson; and sister, Darlene Gilbert; and six aunts, one uncle, and an abundance of nephews, nieces, and other fa

RIP Milt. You were one of the great WR s at ND and even a better person. I am saddened by the loss. I just heard of this. God bless you and your family brother.

To Charae and the entire Jackson Family: My heart goes out to you during this difficult time. I thank God for blessing you with Milton and I rejoice with you for his Eternal Victory! You are in my thoughts and prayers. Blessings, Cynthia Wilson

The attached photos are added to the memorial of Milton Frank Jackson, Jr to help share their legacy.

Thank you for sharing your memory of Milton