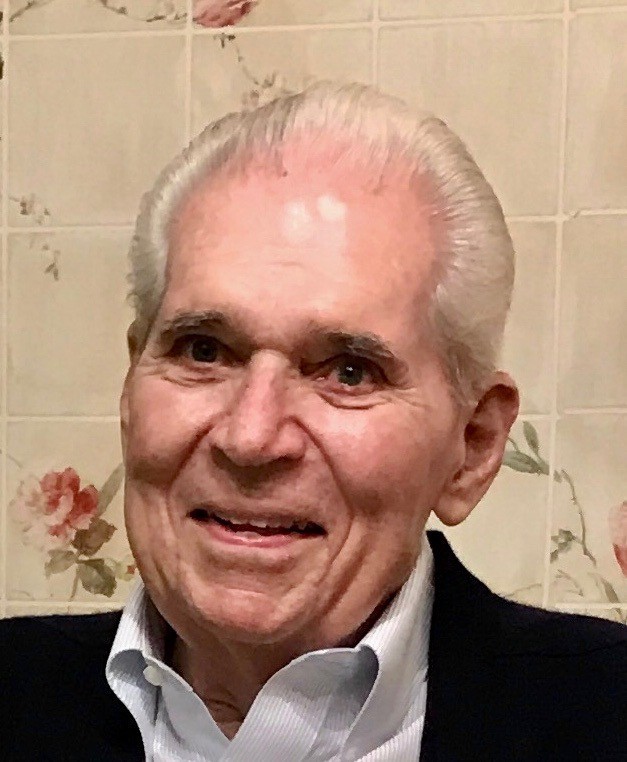 J Fred Risk
December 1, 1928 - November 2, 2019
J. Fred Risk was born in Ft Wayne, In to Clifford and Estella Kline Risk. He attended school in Versailles, IN and graduated from Milan, IN high school. He entered Indiana University at age 16, graduating cum laude from the School of Business and the School of Law. He completed his education at the Northwestern University Graduate School of Business.
During and after the Korean War, Risk served in the Army and Army Reserves as an infantry captain and as battalion intelligence officer for the 82nd Airborne Division.
Risk worked at Harris Bank, Chicago in the Trust and Commercial Loan Departments, where he met his future wife, Viola. Risk later served as a Vice President at the investment banking company W.T. Grimm & Co. specializing in corporate mergers and acquisitions.
In 1965, Risk moved to Indianapolis where he joined Indiana National Bank, rising thru various positions to Chairman of the Board. During his tenure, Indiana National enjoyed significant growth. Risk was responsible for developing the bank's long term plan for expansion, including state wide banking. He was also instrumental in the construction of the Indiana National Bank Tower located at Pennsylvania and New York Streets .During this period, Risk was also active as an advocate for the revitalization of the downtown area. Working with other business leaders and city government, he was involved with the development of the Convention Center, Market Square Arena, the Hilton Hotel and several office buildings.
Later in his career, Risk engaged in the purchase, management and sale of numerous public and private companies. Working with partners, Risk successfully acquired over 80 separate businesses doing business in all 50 states and over 100 foreign countries. Risk never tired of new challenges and continued his interest in new ventures throughout his life. During his long career, Risk served on the boards of many companies, including Indiana Bell Telephone, Northwestern Mutual Life Insurance, Steak and Shake, Hook Drugs and Sargent & Greenleaf. He was also involved in many civic and community organizations including the Indiana University Foundation, Hanover College, United Student Aid Funds, Indiana State Symphony Society, Central Indiana Boy Scouts and Girl Scouts and as an early Chairman of the Indianapolis 500 Festival Association.
Additionally, he was a member of the Indianapolis Murat Shrine, the Scottish Rite, Mystic Tie Lodge, Rotary Club, the State Bar Association, several bankers' associations and the Meridian Street United Methodist Church. He was also a member of Meridian Hills Country Club and the Royal Poinciana Golf Club in Naples, Fl.
Survivors include his loving wife of 66 years, Viola Tompt Risk, his brother James Risk, son John Risk (Susan), daughter Nancy Risk Green (Rick), grandchildren Tom Risk (Ari), Mary Susan Risk, Allison Green Wolkowski (Peter), Ashley Green Bottitta (Gregory) and Rich Green III, and one great grandson, Finn Wolkowski.
He will be greatly missed by those who loved him and remembered as a gentleman who lived with grace and died with dignity.
Funeral arrangements are being handled by Fuller Funeral Home in Naples and Crown Hill in Indianapolis with a private burial service.

He was such a gentle soul but a man to be reckoned with, we are so glad to have had him our lives. Rest In Peace Mr. Risk, We will forever hold you in our hearts. You were such an accomplished man who never let the average person know who you were in life. RIP Fred

The services for John have not yet been added. Please sign up below to be notified when the services are ready.

Get Notified When a Service is Added

The attached photos are added to the memorial of John Frederick Risk to help share their legacy.

Thank you for sharing your memory of John