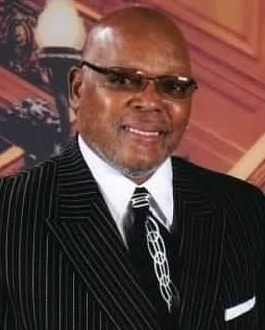 Leo Louis Lee was born in Chicago, IL on August 4, 1944 to Mr. and Mrs. Oliver Sr. and Lessie Lee. With his twin sister Leona Louise, they were the youngest of the family of eight children. From childhood, Leo was full of energy and laughs, and made time in the Lee house a true adventure.
Leo grew up and completed his elementary education in Chicago Heights, IL and attended Bloom High School. When the family moved to Chicago, IL, he attended and graduated from John Marshall Harlan High School. He immediately began his search for employment, at the encouragement of his father, and began working at International Harvester (Navistar). He remained at the same company until his retirement, with over 48 years of employment. His only time away from the company was when his Uncle Sam requested his presence in the United States Navy. He was honorably discharged after his service and returned to Harvester.
In Chicago, Leo met and married Barbara Rule. After they divorced and he was transferred to Navistar in Indianapolis, IN, Leo met Kattie Brown (Petty) while at work. This courtship blossomed into marriage, and they remained married for almost 22 years until her death.
Leo found a home for his faith at Light of the World Christian Church, where he was a member in high regard. Leo actively attended services and participated in many the outreach and community activities of the church. Leo was also an avid reader, sports fanatic, and loved to dress well and eat well. In his early years, he played all sports, and settled as a passionate golfer and bowler as an adult. He was known worldwide for his thoughtful coordination of clothing and accessories and became famous for his daily Facebook pictures in his head-to-toe matched workout gear.
Leo was loved by so many, and his infectious laugh will truly be missed. He was preceded in death by his wife Kattie, his parents Oliver Sr. and Lessie Lee, his siblings Lorraine, Loralene, Arnold, Adelaide, and his twin sister Leona. On Saturday, November 23rd, Leo took his last breath surrounded by his two favorite daughters.
Remaining to cherish memory are his daughters Marie Gilliam and Felicia Lee, his step-sons William Brown, Dawayne Brown (Rita), and Shawn Patterson, his brothers Oliver Lee, and Duane (Geraldine) Lee, his grandchildren Michael, Jalen, Antoinette, Bria, Sidney, Sophia and a host of family, friends, neighbors, co-workers, pew pals, and everyone that witnessed his love and kindness.

The attached photos are added to the memorial of In Loving Memory of Leo L. Lee to help share their legacy.

Please help memorize In Loving Memory of Leo L. Lee by recording your attendance below.

Thank you for sharing your memory of Leo