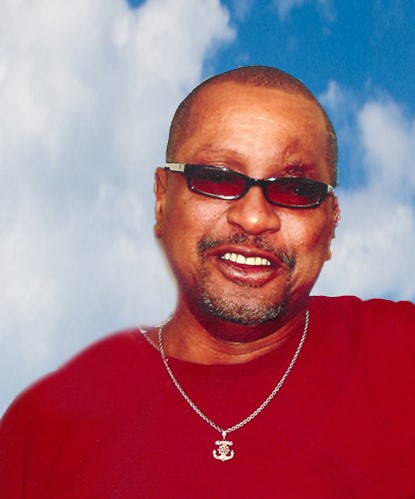 LEANDER D. HAYES was born on April 22, 1957 to the late Julian N. Hayes Sr., and Winna J. Hayes. Wayne as he was affectionately known as was the fourth of six siblings. He attended school in In-dianapolis, where he graduated from Arsenal Technical High School. After high school, Wayne began working at MARSH Super-market, he continued there for several years as an Assistant Manager. After leaving MARSH, he worked several different jobs, when he began working at Amazon as a Fork Lift Driver.
Although Wayne didn't play any sports, he did enjoy watching Colts and Pacers games with his friends and family. In addition to sports games, Wayne also enjoyed fishing, Sundays dinners with eldest sister Debbie, sitting around the bon-fire at his younger brother Jeff's house or spending time with his dog Max.
Wayne was a fun and loving brother, with a giving heart and with a great sense of humor. Wayne was always the life of the party at every family gathering. Even though he didn't have any children of his own, Wayne was close to all his nieces and nephews. On the morning of November 20, 2019, Wayne's name was called. He is preceded in death by his father, Julian N. Hayes Sr., and mother Winna J. Hayes.
Leaving to cherish his memory siblings; Debra A. Pipes (James), Julian N. Hayes Jr., (Tracy), Reba J. Bigbee, Darla M. Elder, Resa F. Hayes and Jeffrey A. Hayes (Maria). All his beloved nieces and nephews; Stephanie Evans-Franklin (DeZmine), Shanice Elder Vesha Pipes, Taler Hayes, Shawna Brown (Aaron), Amber Hayes, Mariah James (Courtney), Jessica Hayes, Dion L. Barbour, Charles A. Bigbee Jr., James Pipes Jr., Jeffrey A. Hayes (Simyon), Leon J. Pipes (Ashley), Julian "Kye" Hayes, Raymond Hayes (Andrea) and many friends, great nieces and nephews.

RIP Leander. So many people love and miss you at Amazon.

We met at Amazon. We both worked in outbound. Then we moved to ICQA . I became a trainer. Leander he started calling number one . I called him number two. That was four years ago. We called each other that every day we worked together.
I hope Max is doing okay. We joked about how lazy he was and wouldn't help with the bills. He loved you like a son.

The attached photos are added to the memorial of In Loving Memory of Leander "Wayne" D. Hayes to help share their legacy.

Please help memorize In Loving Memory of Leander "Wayne" D. Hayes by recording your attendance below.

Thank you for sharing your memory of Leander "Wayne"