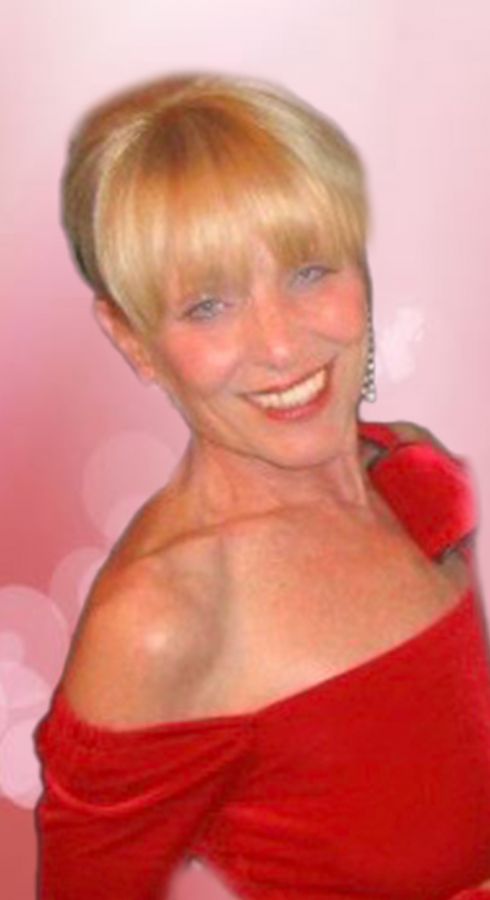 Get Tribute Updates
Buy Flowers
Share on Facebook
Confirmation Grief Tribute Notifications
Iframe toggler
Plan Ahead
Start Now
Send Sympathy Gifts
Buy Now
How Did We Do?
Review Us
Find Us On Facebook
Join Now
Get the latest updates for In Loving Memory of Pamela W. Joyce's obituary straight to your phone Signup Now

Pamela Weddle Joyce, 69, passed away on January 1, 2020 at her home in Indianapolis, Indiana.
An Army brat, Pam was born on November 25, 1950, at Fort Monmouth, New Jersey. Due to her father's assignments, she attended four different high schools before graduating from St. Mary's Hall - Doane Academy in Burlington, New Jersey in 1968. She then earned an AA Liberal Arts degree in English from Stratford College in Danville, VA and a BA in Journalism/Graphic Design from Indiana University Bloomington in 1976.
An imaginative writer and editor, she was the Editor of the Folio Creative Writing Magazine while at Stratford and received the school's Kerr-Moorehead Award for Creative Writing in 1969. She was also selected to be the Design Editor for the Arbutus Yearbook while at IU.
She began her professional career as a translator for the Italian artist Falaguera in Vicenza, Italy in 1971. Later, she co-created an activity page for children called "Kiddin' Around" that was syndicated in 38 newspapers through Young American and wrote greeting cards for Recycled Paper Products of Chicago. As organized and detailed as she was creative, she subsequently worked as a marketing specialist for the Mass Mutual Blue Chip Program at the DeCoursey Agency, as the Chief Operating Officer of Starkey Law Group and as VP of Operations for TAtech: The Association for Talent Acquisition Solutions.
Among her many volunteer activities were her service on the Boards of Damien Center food pantry and St. Mary's Child's Center and her work with both Junior Achievement and the Sierra Club.
Pam will be most remembered, however, for the many enduring friendships she formed over the years. Her empathy, kindness and thoughtfulness enabled her to forge deep bonds with men and women alike, in Indianapolis, all across the country and even around the world. People she knew as a child as well as those who were her companions later in life were warmed by her smile, her generosity and, most of all, her unflinching devotion to each as a unique and special person. As her friend.
She was preceded in death by her parents, Colonel & Mrs. Charles E Weddle and her beloved husband, John F. Joyce.
She is survived by her loving children Mr. John S. Joyce of Indianapolis, IN, Dr. Lindsey Joyce (Andrew) Chamberlain of Upper Arlington, OH, Mr. Christopher E. Chamberlain of Upper Arlington, OH; her cherished grandchildren Madeline Rose Chamberlain and Lucy Rose Chamberlain; her loving brother Mr. Peter (Juliana) Weddle of Stamford, CT; Mr. and Mrs. Joe and Kathie Joyce; Mr. and Mrs. David and Peggy Ahlemeyer, Mr. and Mrs. Paul and Donna Joyce; and her beloved nieces and nephews: Meagan (Holly) Micozzi, Brooke (Miguel) Weddle, Peter (Monica) Weddle, Bradley (Annette) Ahlemeyer, Megan Ahlemeyer, Jamie (Steven) Feldman, Paul Ryan Joyce, Joseph (Emily) Joyce, Tera (Peter) Joyce; and her faithful dog Mae Westie.
A celebration of Pam's life will be held at 3pm on Sunday, January 12th, at Crown Hill Funeral Home in Indianapolis, Indiana. In lieu of flowers, the family asks that you please donate to the Wounded Warrior Project (https://www.woundedwarriorproject.org/).

I love you mom. I miss you every day.

Pam, I’ll miss your smile. God bless you and yours. May you Rest In Peace. Love ya!

I am so sorry for your loss. I so enjoyed seeing Pam every year.

The attached photos are added to the memorial of In Loving Memory of Pamela W. Joyce to help share their legacy.

Please help memorize In Loving Memory of Pamela W. Joyce by recording your attendance below.

You will receive a notification text whenever there's an update to this obituary.

Thank you for sharing your memory of Pamela